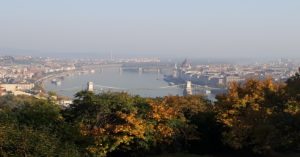 T his second meeting took place in the district of Bicske in Budapest, Hungary. We were welcomed by the local school in Bicske and our host school showed us around the district. The main topic for this trip was tourist attractions and tourists routes in the Bicske district. 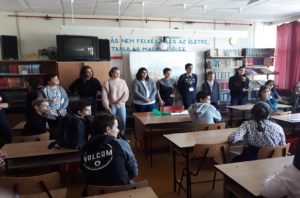 Today we visited the city of Bicske, where we had a walking tour of the town. We visited the local Primary School and Secondary School. At the Primary school the children welcomed us with a performance of a traditional Hungarian play. The members of staff had prepared light refreshments and cakes for us.
At the Secondary school we met the students and all the Erasmus students participated in a game with some of the local students.
We had a traditional Hungarian lunch at the school.
Later we walked to the Mayor’s office where we were welcomed by the Mayor of Bicske. We were served savouries and sparkling water. 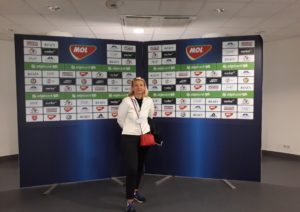 At 8:15 we left the hotel by bus to the town of Felcsut. Within 10 minutes we arrived at our destination, at the famous Puskas football academy. We had a guided tour around this magnificent stadium with its unique architecture. The guided tour was from 9am to 11:00am, we were given a lot of information about the design of the building and about the famous footballer Puskan. Then we visited a catering secondary school in Felcsut. We met with the school Principal who gave us a short talk about the school. In the meantime the students of this catering school had prepared a special three course meal for us, which was quite delicious. 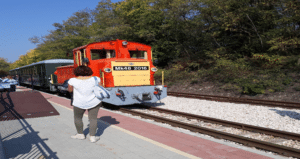 At 12 o’clock we took a train to Alcsutdoboz, the train was an old-style train with only two carriages. There we visited the Botanic Gardens however the gardens did not have any flowers just wild vegetation and many tall trees. We had a 2 hour walk through this park. At 2pm we walked towards an Adventure park which was near the gardens where the students had the opportunity to participate in some exciting adventure climbs and swings.

At 7:30 we set off by bus to the city of Budapest. The bus dropped us off at the beginning of the city centre and we started our long walk around the city. We visited «The Statue of Liberty’ of Budapest, high on top of a hill, it was very impressive. We then walked to the Fishermen’s Bastion, to the House of the Prime Minister where we witnessed the changing of the guards. We walked further and saw the Castle district and then walked across the Chain bridge. There is a pedestrian path right next to the motorway on the bridge, which was very magnificent. Then we visited St Stephen Basilica and the main shopping street. We had an hour to have lunch and see some of the surrounding shops. We walked towards Parliament House and at 4:30pm we had a guided tour around the Parliament which was the highlight of the day. 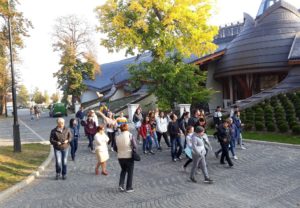 Day 4 Thursday 11th October 2018
At 9:00a.m we began our walking tour around a local forest. The tour took us about 5 hours to complete. It was a beautiful sunny day for the walk. During the walk we passed by a couple of lakes, an old observatory, some vine yards and an old ruin of a church. We returned back to the hotel around 2p.m where we had lunch. We spent the afternoon sleeping since for the last four days we had been walking 10-16 kilometers per day. All the teachers and students were exhausted, so we all welcomed the free afternoon to sleep and relax. 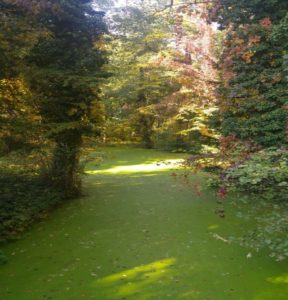 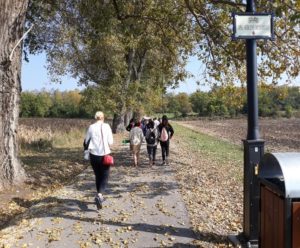 All the students worked on a group project about their visit in Budapest and the teachers had a meeting discussing the past four days. 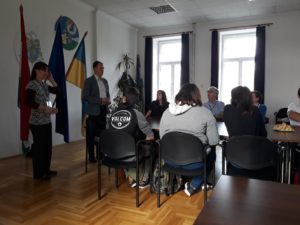